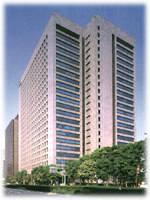 ITOCHU Oil Exploration Co., Ltd., also known as CIECO, is an upstream E & P company headquartered in Tokyo, Japan. CIECO is known for its technological expertise in all aspects of oil and natural gas exploration, development, and production.

As an operating subsidiary company for the ITOCHU Corporation (ITC), CIECO, with its know-how in reservoir management and exploitation, risk management and finance structuring related to the hydrocarbon industry, plays a central role in every aspect of the upstream hydrocarbon businesses of the ITOCHU Group. CIECO's E & P business spans globally, allowing for the maximization of ITC's worldwide network.

The company traces its roots back to the early 1970s. The acquisition of interests in Indonesia by ITC in 1970 led to the establishment of Japan Low Sulfur Oil Co., Ltd. (JALOSCO). In 1972, ITC formed C. Itoh Energy Development Co., Ltd. (CIECO) to invest and acquire assets in Indonesia. In 1984, JALOSCO merged with CIECO, setting the stage for the subsequent evolution into the current corporate structure. The successful production of oil and natural gas in the Indonesian fields during the 1980s and thereafter prompted CIECO to expand its operations into other areas around the world. In 1993, to present a unified presence with ITOCHU Group in the global marketplace, CIECOchanged its corporate name to ITOCHU Oil Exploration Co. Ltd.

CIECO's current upstream portfolio includes operations in Azerbaijan (Azeri-Chirag-Gunashili field), Russia (Sakhalin and onshore East Siberia) and Iraq. In addition, CIECO is a partner in the 1768km Baku-Tbilisi-Ceyhan (BTC) Pipeline project, which transports the ACG crude from Baku, Azerbaijan to the Mediterranean port of Ceyhan, Turkey through Tbilisi in Georgia.

CIECO shares the Environmental Policy of ITC and endeavors to engage in decarbonization activities such as CCS.

CIECO is committed to contributing to the society based on our Corporate Mission of "Sampo-yoshi".